We were very lucky to get to interview some of the guests before the official opening. The press pit was crazier than Klingon with Vulcan blood fever but we survived it! 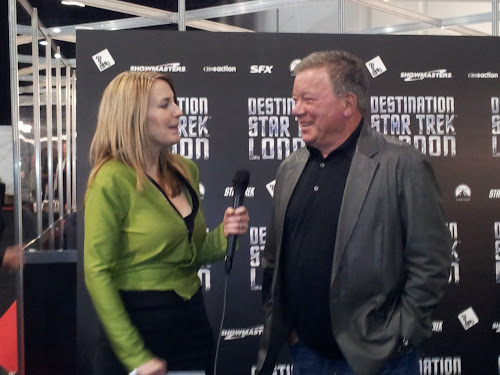 William Shatner was delighted to be at a convention in London, he loves meeting up with his fellow Captains and is good friends with Patrick Stewart. We’d love to listen in on that dinner conversation.
Interviewing Mr Shatner was an incredible opportunity and thanks to media 10 for making this happen. 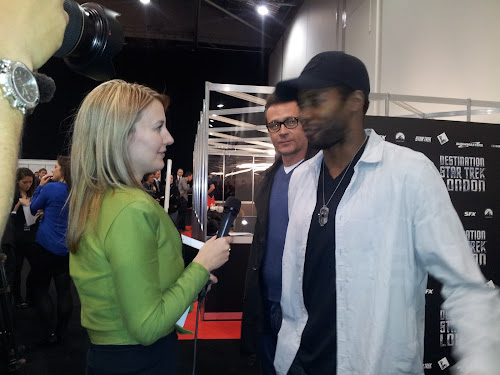 Anthony Montgomery and Connery Trinneer were very chatty. They were amazed by the support that Trek fans continue to give their support for a show that was on for such a short period and ended years ago. 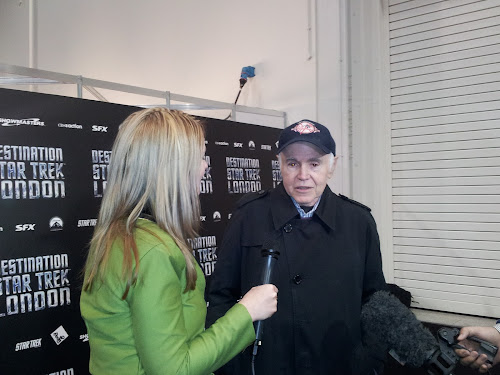 Walter Koenig is wearing his raincoat, it is England after all. He loves attending conventions here and has been for many years. He told us about his character in Star Trek Renegades where he hopes to play an Admiral 140 years old 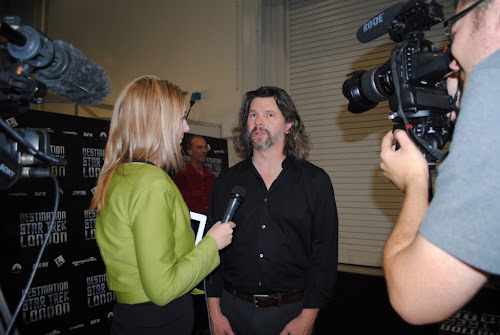 Ronald B Moore spoke about the Klingon language and how he wrote the Klingon wedding ceremony translation. If you’re here at 5.30 you can be part of a Klingon ceremony 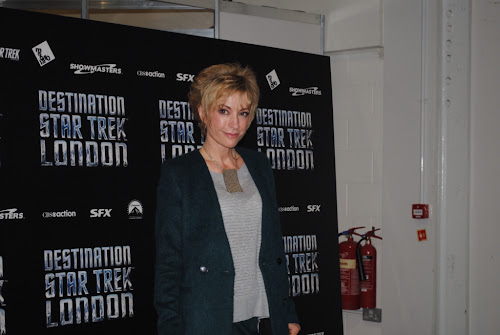