This was the moment we had been looking forward to all weekend. William Shatner hosting the TNG reunion event. We wanted to see how this would play out. How would the personalities of the high energy crazy TNG bunch gel with Bills larger than life persona. And we weren’t disappointed, it was an hour of belly laughs that would make a Targ smile 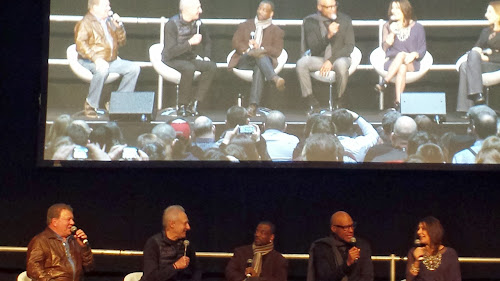 Whilst Bill was the moderator, it was Brent who got the first question in asking how Bill felt when he heard about the Next Gen being made? You got to admire his honesty when we said “with great envy and jealousy”!

The questions from the audience was electic. And yes someone snuck in a happy birthday request *collective throwing of tribbles*.

Some of our favourite questions were;

What other Star Trek series would you have liked to be in?

Gates – The new movie. But she could have done a better job had she been given role of spot!

Dorn – TOS Worf would like to play Scotty, every thing he did he did with scotch

Brent – the empire strikes back! 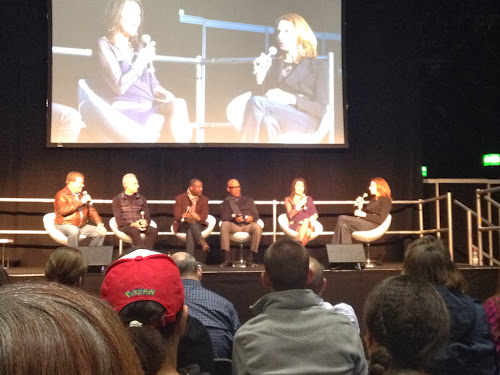 Who in the crew would choose to be stuck on a dessert island with?

Brent: Can I choose no one!?

Michael – Not Marina, I’d kill her in a week! (He actually sounded like Worf when he said this.)

LeVar: I choose Marina otherwise she’ll yell at me!

What do you miss about being on the show

Bill – well written role most of the time. Loved coming to work and finding the right way to work the script.

Brent expands his repetoire by impression of Patrick and Ian Mckellen

Weird bit: Michael Dorn looses it thinking of rude stories he can’t share with us. We have scotch Dorny! Scotch for stories!