**We are live blogging, please excuse any lapses in spelling, grammar and accuracy**

Last night was the second of the Destination Star Trek Europe parties. This one was themed ‘Quarks bar and casino as was the venue for the official celebration of Star Trek’s 50th anniversary.

The party was held at the Hilton Metropole which was a superb venue and conveniently close to the NEC. You have the added advantage of being able to access the main bar.

The Star Trek Rat Pack performed who were brilliant and hilarious. They had edited their routine for the British audience. For example at Star Trek Las Vegas they sang “you can’t get a good drink at Rio” to “you can only get a good drink in England”

Apparently Chase played before but we were in the queue at the bar (longer than Shatners autograph line!) but we hear she was incredible. 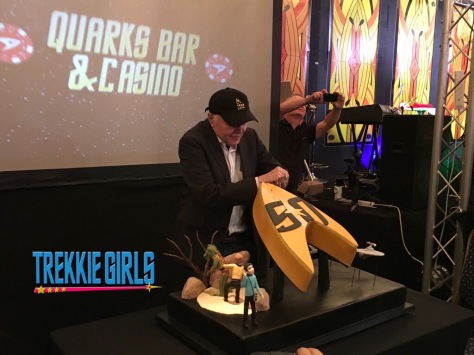 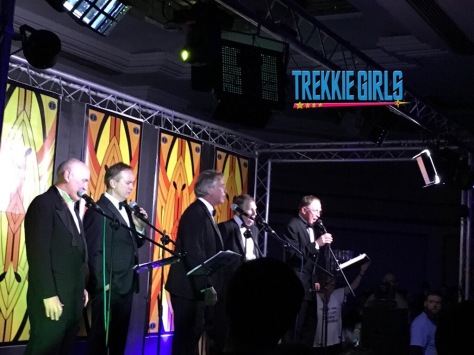 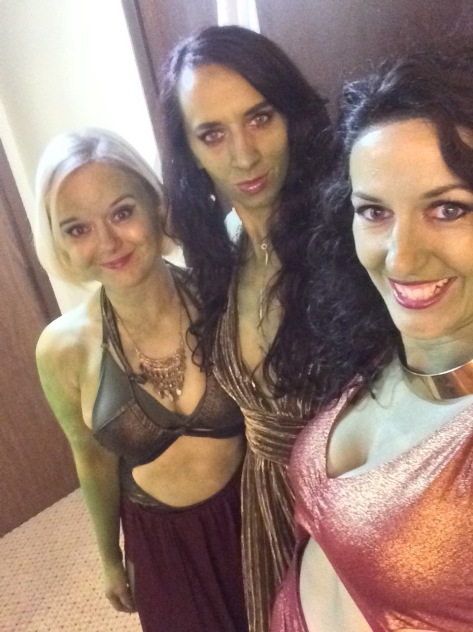